Sligo Airport is officially opened by the Taoiseach Dr Garret FitzGerald on an 80-acre site at Strandhill.

The 1,200 metre runway makes this the fourth largest airport in the country.

Although there is no scheduled service as yet, a Glasgow based company is bringing in pilgrims who are taken to Knock by mini-bus at an all-in return flight cost of £60 sterling. 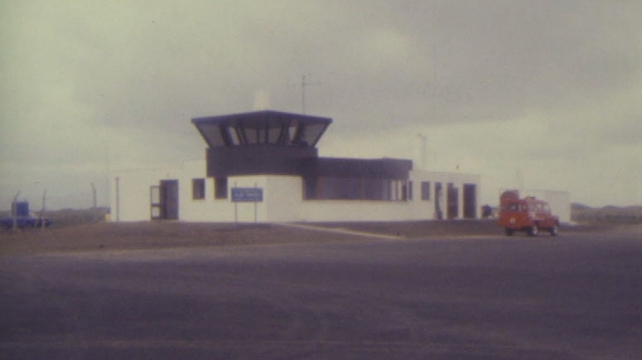 Development Officer at the airport Terry Byrne is confident that business at the airport will pick up and emphasises its importance for the west of Ireland.

We see it as enormously important for both tourism and for industry.

An RTÉ News report broadcast on 13 June 1983. The reporter is Tommie Gorman.