The BOAC Comet 4 jet was on charter to Aer Lingus and flew in from Dublin. It visited Cork twice on the day, taking French students to Paris then returning with a group of holiday-makers to Ireland.

As the jet landed and passengers disembarked large crowds gathered to see it.

An RTÉ News report broadcast on 31 July 1964. The footage shown here is mute. 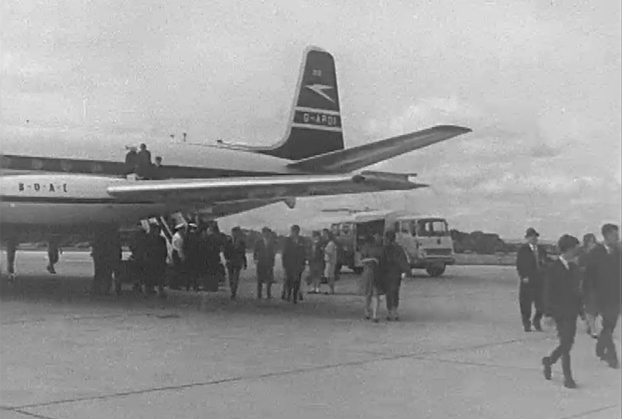