The Spirit of the Air will be a new sculpture at Dublin Airport.

Sculptor Richard Enda King won the competition for a new monument at the Dublin airport roundabout. The design was chosen from 97 entries.

An artist's impression of what the winning piece will look like was shown at the announcement of the sculpture.

Minister for the Environment Padraig Flynn, Councillor Seán Walsh, and the winning sculptor, Richard Enda King, are pictured with a model of the monument.

Richard Enda King speaks about how he hopes people will connect with his work and that they will concoct an appellation for his monument as they have done for other Dublin monuments such as the Molly Malone (The Tart with the Cart) and Anna Livia Fountain (The Floozie in the Jacuzzi).

The final work titled 'The Spirit of the Air' stands 55 foot high and is made from reinforced concrete and granite.

An RTÉ News report broadcast on 3 October 1989. The reporter is Kevin McDonald. 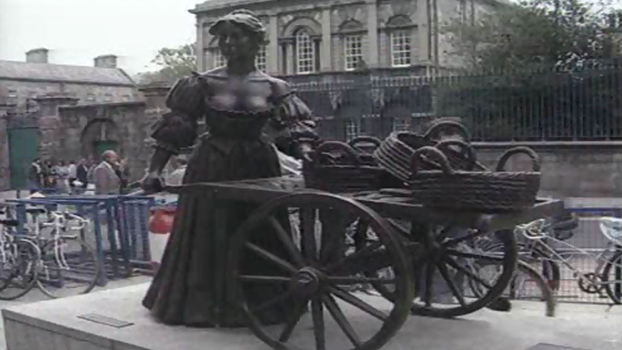 Molly Malone Statue (The Tart with the Cart) 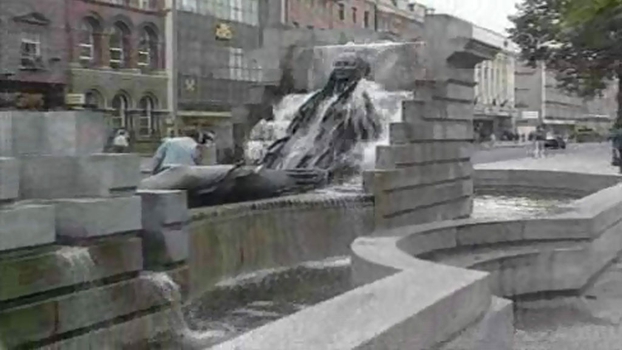 Anna Livia Fountain (The Floozie in the Jacuzzi)