The finest amateur theatre productions are staged in Athlone at the All Ireland Drama Festival.

Record crowds from all over Ireland have come to Athlone to see 12 of the finest plays on the amateur drama circuit in Ireland. The All Ireland Drama Festival is now in its 39th year.

The Athlone Drama Festival this year is bigger and better than ever before.

The festival goes on for two weeks and at the end, the winner of the coveted All Ireland Drama trophy will be announced.

Preparations for the festival are intense backstage with building and lighting crews, makeup and wardrobe changing every day.

Billy Knott, Business Manager of the Athlone Drama Festival says there are some excellent and some not so excellent plays on during the festival. He acknowledges that the level of production is improving every year.

Una Parker of the Sundrive Players believes that the competition makes actors and crew work even harder to make it to Athlone. 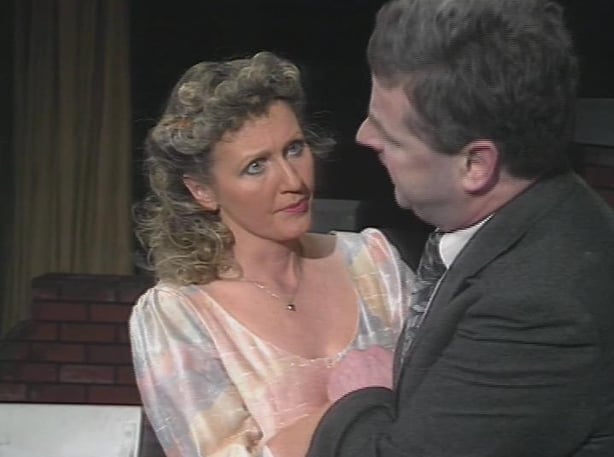 An RTÉ News report broadcast on 11 May 1991. The reporter is Gerry Reynolds.