The holy day marking the Feast of the Immaculate Conception on December 8 traditionally sees an influx of people from outside of Dublin coming to shop for Christmas in the city.

Children accompanying their parents are taken to visit Santa Claus in the many Dublin department stores. Thousands of children queue to shake his hand and tell him what they would like for Christmas.

Less happy are motorists stuck in traffic jams caused by the arrival of extra shoppers. However the situation is vastly improved on the previous year. People seem to have heeded advice given by Córas Iompair Éireann (CIÉ) and An Garda Síochána, leaving their cars outside the city. A CIÉ spokesperson says bus routes are busy, but traffic is moving freely.

The introduction of the parking metres this year has also helped the situation considerably.

Also helping the congestion is the fact that some shops are remaining open outside of Dublin when traditionally they were shut.

The day is a bonanza for traders. A manager of one Dublin store says he expects,

An RTÉ News report broadcast on 8 December 1970. The reporter is Reg Cullen. 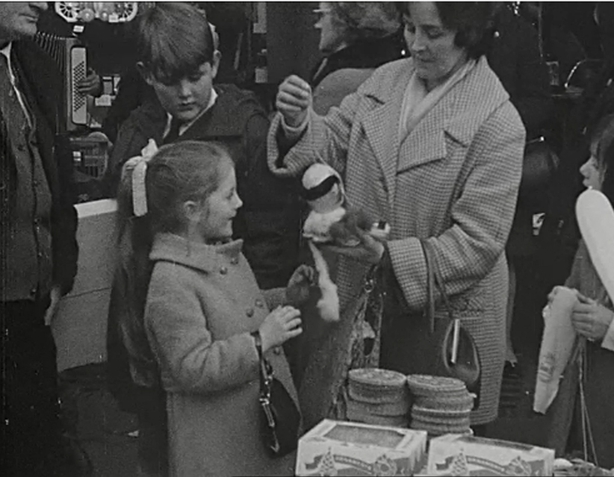