The original Planxty line up of Dónal Lunny on bouzouki, Andy Irvine on mandolin, Liam Óg O'Flynn on uilleann pipes and Christy Moore on bodhrán play the reels 'The Lady on the Island’, ‘The Gatehouse Maid’, 'The Virginia Reel'’ and ‘Callaghan's Reel' to an audience in Scoil Lorcáin Secondary School, Monkstown, County Dublin.

'Aisling Gheal' was an Irish language programme devised by producer Tony MacMahon. Translated as ‘A Bright Dream, the programme was designed to be a television 'happening'. 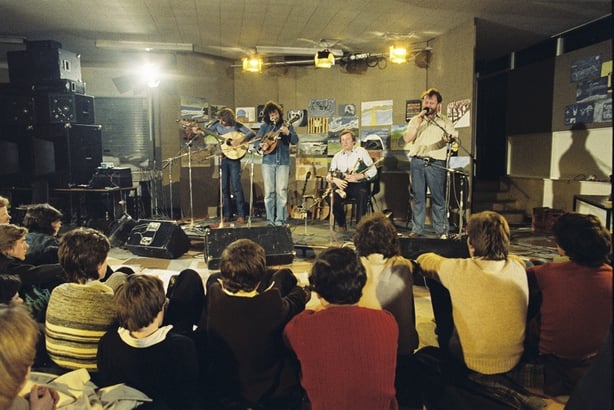