A group of lads who between them have more All-Ireland medals for music than Tipperary, Killkenny and Cork have hurling medals. 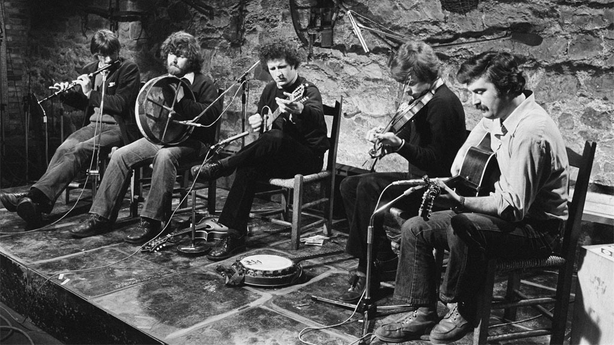 Christy Moore has always wanted to play with Stockton’s Wing and he fulfils this ambition with a performance of ‘Saint Patrick Was A Gentleman’.

It’s a song about Saint Patrick who we all know was a Cork man.

This episode of ‘Christy Moore and Friends’ was broadcast on 3 April 1980.

This series ‘Christy Moore and Friends’ was broadcast in six parts from 6 March 1980 featuring several singers and musicians from the Irish folk scene.