Stockton's Wing are guests on 'Nighthawks' where they perform 'The Mason's Apron'.

The reel had been made popular about 30 years previously by the Northern Ireland fiddle player Seán McGuire. Seán McGuire was a leading member of the Gael-Linn Cabaret during the 1960s.

This episode of Nighthawks was broadcast on 23 January 1991. The presenter is Shay Healy. 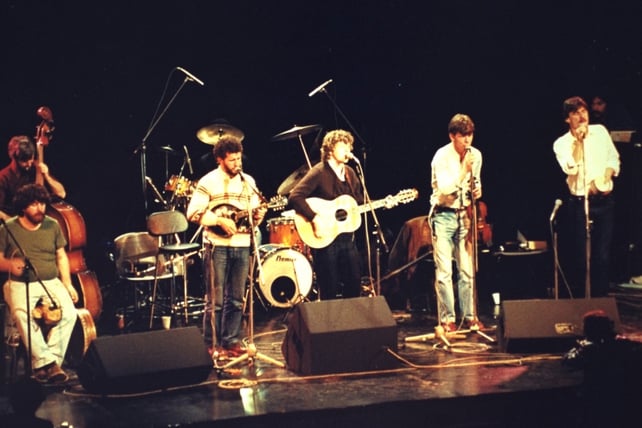 'Nighthawks' was a programme that was set in a bar cafe where the presenter Shay Healy was also the proprietor. The content was a mixture of comedy sketches, interviews, music performances and music videos.