IRA volunteers recall the attack at Kilmichael in west Cork on the Royal Irish Constabulary's Auxiliary Division during the War of Independence.

The largest ambush of the War of Independence took place near the village of Kilmichael between Dunmanway and Macroom in West Cork, on 28 November 1920. Thirty-six local Irish Republican Army (IRA) volunteers killed 17 members of the Royal Irish Constabulary's Auxiliary Division. Three IRA men were killed in the attack.

The volunteers were led by General Tom Barry an IRA commander during the War of Independence and the mastermind of the Kilmichael ambush.

On the 49th anniversary of the ambush Tom Barry is joined by some members of the battalion who took part in the ambush, Jim ‘Spud’ Murphy, Jim Crowley, Jack Hennessy, Ned Young, Pat Donovan and Tim O’Connell. Also present are other survivors of the West Cork Brigade, Michael Crowley, Christy O’Connell and Dr Eugene ‘Nudge’ Callanan.

Tom Barry, says they are just a sample of the fighting men of west Cork, which is a bigger body, a third of whom are still alive. He pays tribute to the men of the battalion, Cumann na mBan and the poor people of west Cork, without whom there would be no survivors.

The ambush was a test of courage and endurance for the men who marched all night and then lay in wait from 8:15 am to 4:00 pm for the Auxiliaries. While he lay in wait, Pat Donovan was completely focused on the arrival of the Auxiliary lorries. Jim ‘Spud’ Murphy was not nervous that day.

I was never nervous in my life.

Towards the end of 1920 the Auxiliaries were burning, shooting and pillaging and Eugene ‘Nudge’ Callanan says they had to be stopped

They were terrorising the countryside, if they weren’t met at that stage, I don’t know what would have happened to the fight.

Tom Barry says the ambush could only have one winner.

The men did not relish the prospect of close quarter fighting, but they had the advantage of surprise which is important in guerrilla warfare. Tom Barry's men captured 17 rifles belonging to the Auxiliaries, some bombs and most importantly their notebooks. They also seized a flask of brandy which had been looted by the Auxiliaries.

This episode of ‘Seven Days’ was broadcast on 28 November 1969. The presenter is Brian Farrell. 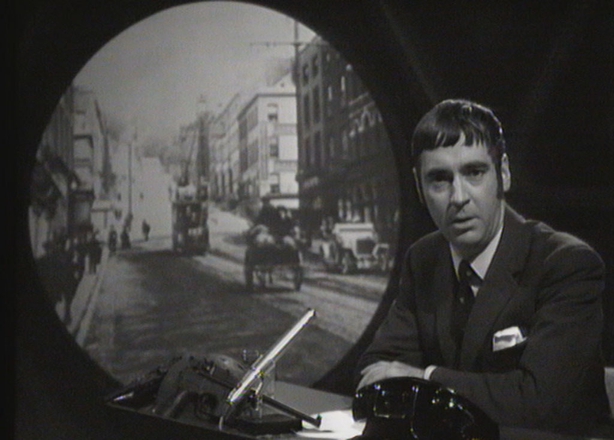