The women's organisation Cumann na mBan was founded on 2 April 1914 to assist in the fight for Irish independence.

Cumann na mBan were an auxiliary of the Irish Volunteers. Many of the women would go on to fight in the Easter 1916 Rising and the War of Independence.

Sighle Humphreys reminisces about her days in the Ranelagh Branch of Cumann na mBan in this radio interview with Hilary Orpen, broadcast on 'Women Today' on 19 March 1984. Humphreys would go on to be national vice-president of the organisation. She says the "solidarity was something extraordinary" and "nothing else mattered". They were not interested in developing the members as women, freedom was their priority. When asked if the IRA gave Cumann na mBan the recognition it deserves, she says that both the men and women were so full of idealism, that it never even entered their minds.

The accompanying image shows members of Cumann na mBan preparing to march to Wolfe Tone's grave for a commemoration at Bodenstown, Kildare in 1921. The photographer was Joseph Cashman. 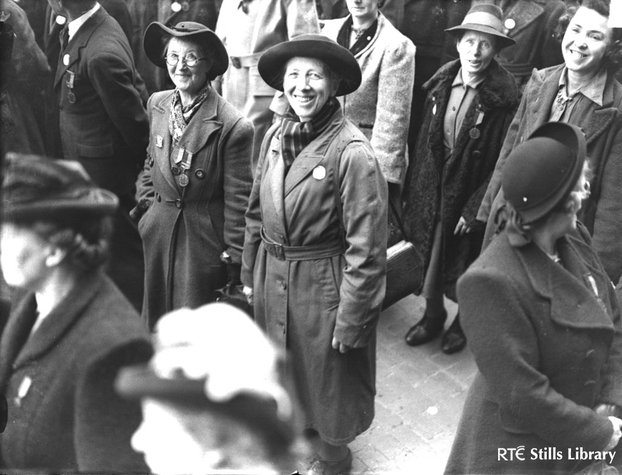