They are unique and different, there is no other group in the business doing what they’re doing at the moment, what exactly they’re doing I’m not too sure mind you, but there’s nobody else doing it and you have to make up your own mind.

Virgin Prunes perform ‘Theme for Thought’, the lyrics of which include a quote from ‘The Ballad of Reading Gaol’ by Oscar Wilde. 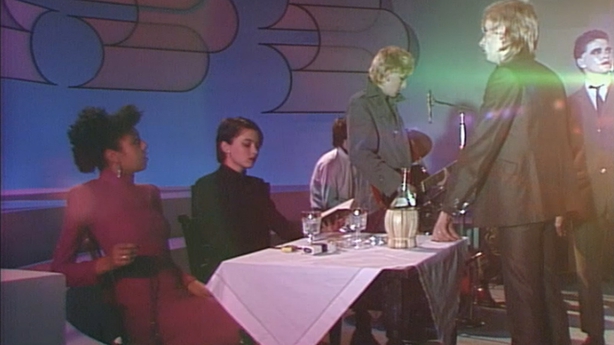 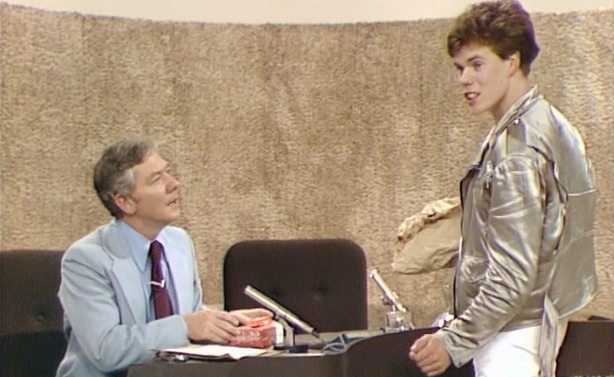 Before distributing bars of chocolate to members of the audience he says,

We'll be playing soon for people to hear us and we hoped you enjoyed yourself.

The members of Virgin Prunes belong to an imaginary place called ‘Lypton Village’. The residents are a collection of friends who all hold a different view of life. Citizens of Lypton Village are christened with new names. Other inhabitants of Lypton Village include U2 members Bono (Paul Hewson) and the Edge (Dave Evans).

This episode of ‘The Late Late Show’ was broadcast on 6 October 1979.