On 30 September 1979 Pope John Paul II celebrated a youth mass in Galway, where he gave the now iconic and most memorable quote of his visit.

Young people of Ireland, I love you

The young congregation reacts with an outburst of applause.

Pope John Paul II arrived in Ireland in September 1979 for a 3-day visit. He was the first Pontiff to visit Ireland. During his three day stay, he visited Dublin, Drogheda, Clonmacnoise, Galway, Knock, Maynooth and Limerick.

This mass was broadcast live as part of RTÉ's comprehensive coverage of the visit on both television and radio. 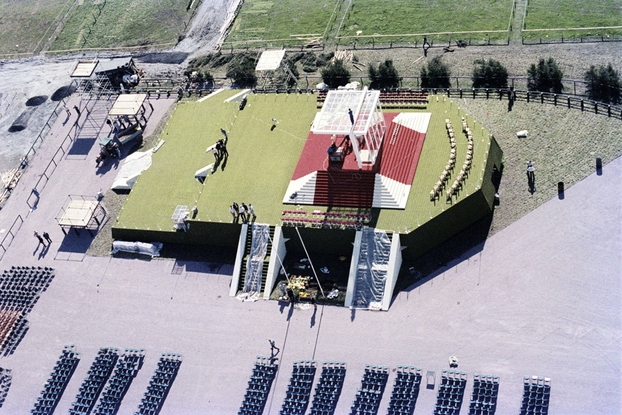