Modifications to the Aer Lingus aircraft bringing Pope John Paul II to Ireland include fitting a bed and dining area.

An Aer Lingus Boeing 747 the Saint Patrick has been fitted out with a papal suite including a bedroom and a dining room. The four provinces are represented on the dining table with glass from Munster, silverware from Leinster, China from Connaught, and a handmade crochet tablecloth from Ulster. 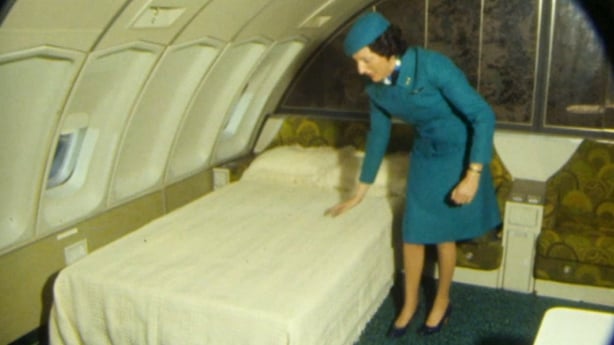 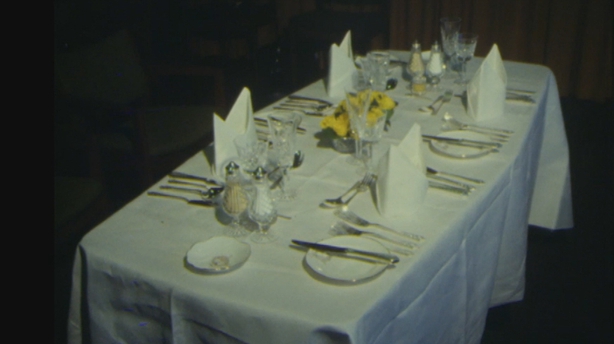 Pope's Dining Table on board the St Patrick (1979)

The crew were also being taken through their final instructions.

For them of course, the Saturday and Monday flights are the most important in their lives.

An RTÉ News report broadcast on 27 September 1979. The reporter is Carroll McHugh. 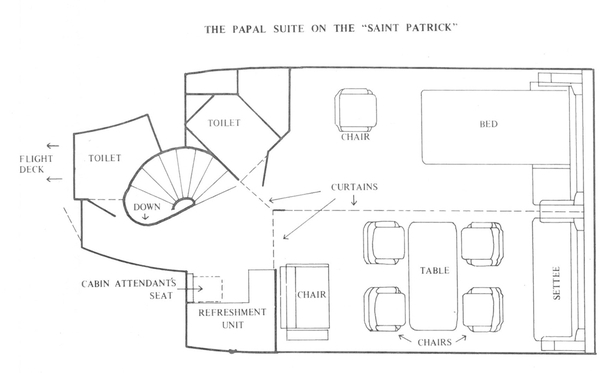 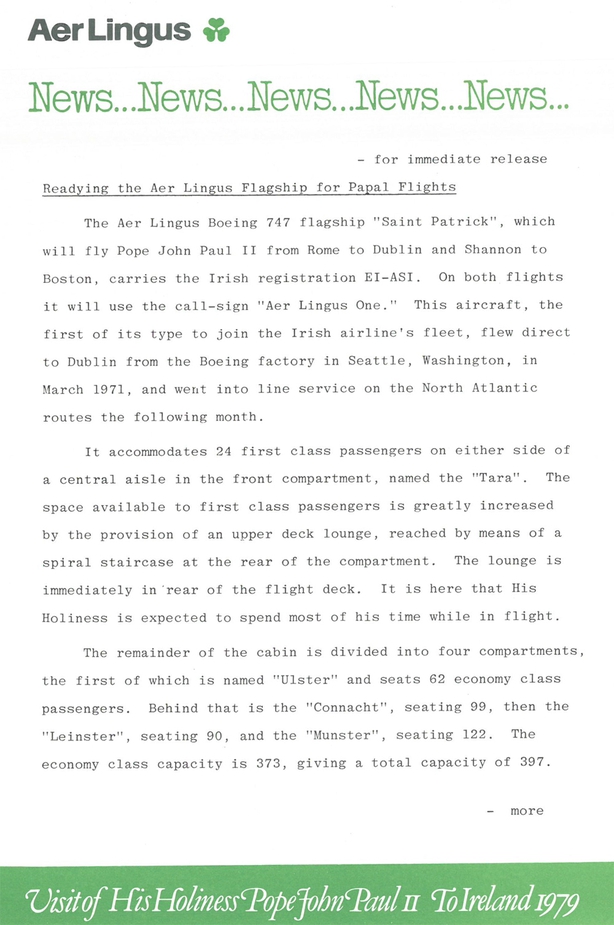 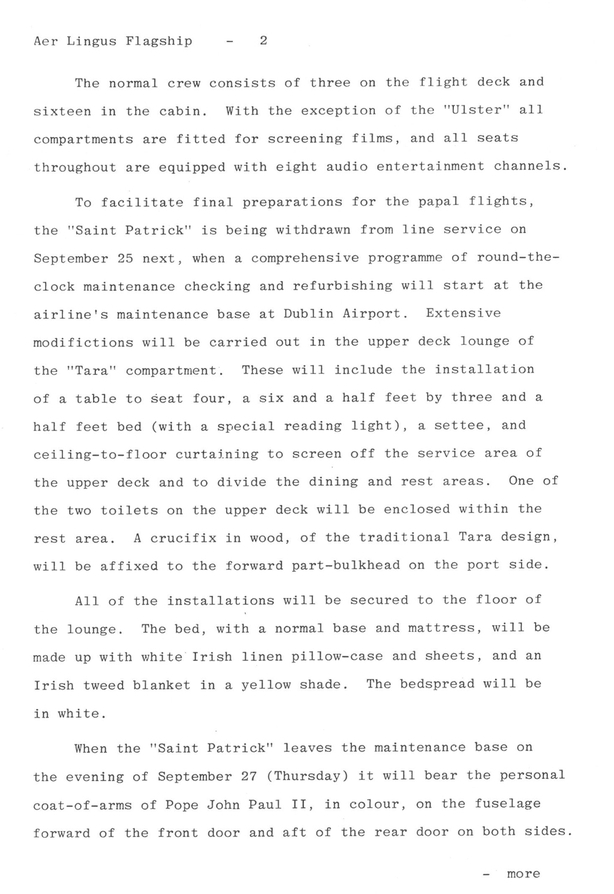 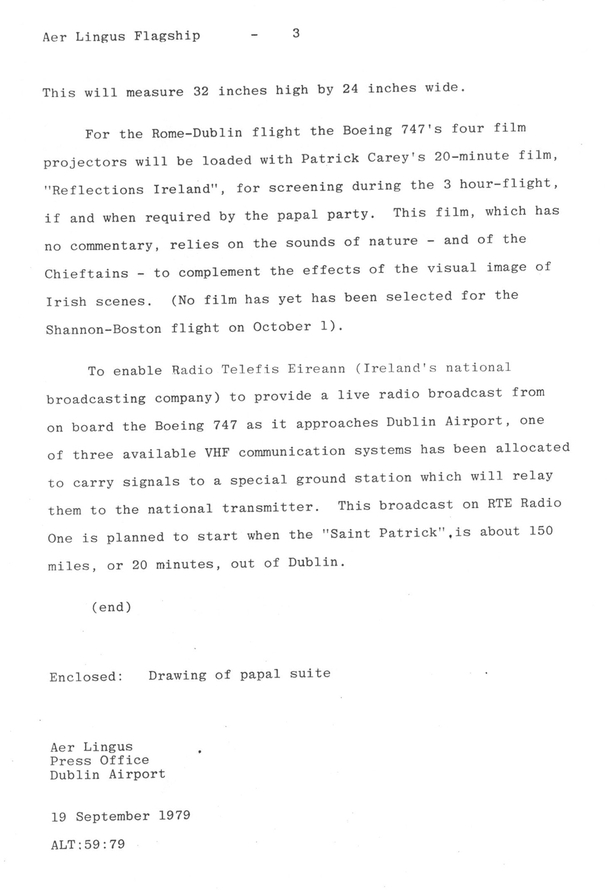