Callan in County Kilkenny returns to the 1950s as filming begins on Neil Jordan's 'Breakfast On Pluto'.

The cameras are rolling in Callan, County Kilkenny on a 1950s funeral scene, the first of half a dozen street scenes in director Neil Jordan's film ‘Breakfast On Pluto’, adapted from the novel by Patrick McCabe.

Parts of the town have been cordoned-off and hundreds of Callan residents are film extras alongside stars such as Cillian Murphy, Stephen Rea, Brendan Gleeson and Liam Neeson.

Callan resident Lauren Doheny jumped at the chance to be an extra,

It’s a once in a lifetime opportunity and there’ll never be a film in Callan again.

Extra Mary Dunphy was encouraged by her daughter to apply to be an extra and did so during,

A moment of madness.

Actor Ruth McCabe is relishing her role as Ma Braden,

She’s a baddy, which I’m awfully pleased about because I usually get sort of caring, loving parts and actually I am a vicious harridan underneath, so I’m delighted.

The film company will be in Callan for nearly three weeks before moving to Wicklow and other locations.

An RTÉ News report broadcast on 6 September 2004. The reporter is Damien Tiernan. 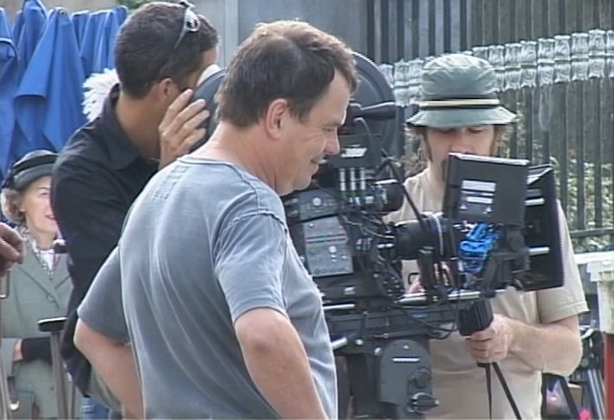