'Exhibit A' goes on location with Irish film 'Eat the Peach'.

The film is based on the true story of two motor cycle enthusiasts from Granard, Co. Longford, who were inspired by Elvis Presley film 'Roustabout' to build their own wall of death.

Presenter Eamonn McCann visited the set in September 1985, on the second-last day of the shoot as they prepared to film the burning of the wall of death by actor Stephen Brennan's character Vinnie. McCann meets executive producer David Collins, who says weather conditions were worse than expected, but morale was extremely high. 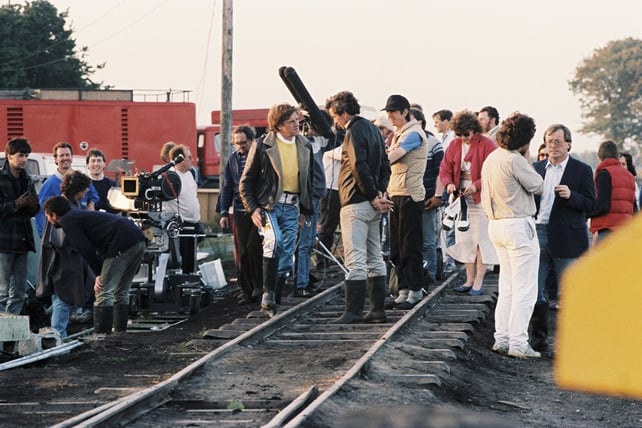 Producer John Kelleher talks about his efforts to promote film as a business. 'Eat the Peach' was made by Strongbow Productions.

This edition of 'Exhibit A' was broadcast on 2 December 1985. 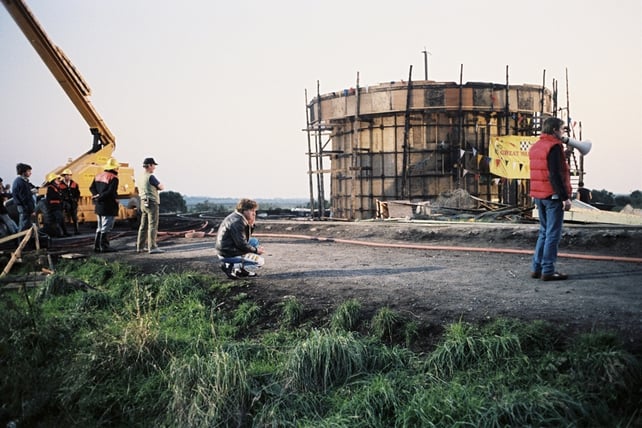