Michael Donoghue and Connie Kiernan explain how the wall of death came about, and what it is like to live next to it. Their story inspired the film 'Eat the Peach' (1986) in which two young Irish men transfixed by an Elvis Presley film in which a carnival cyclist performs an act on the wall of death, decide to put together their own wall of death.

This episode of PM was broadcast on 27 March 1979. The reporter is Pat Kenny.

PM was a magazine series reporting on aspects of Irish life with interludes for music from Irish performers. PM first began on Tuesday, 20 September 1977 and ran until Thursday, 12 April 1979. 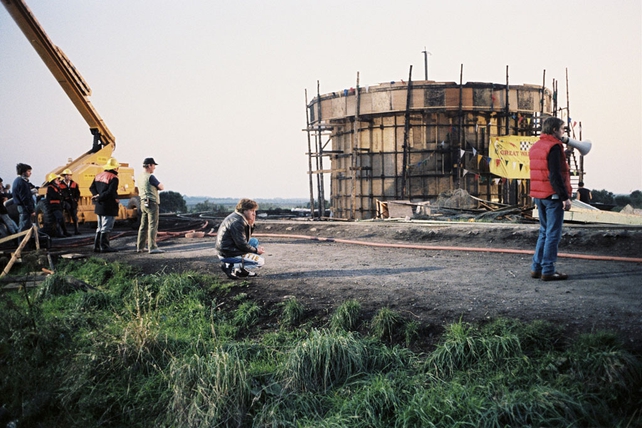 EAT THE PEACH
WALL OF DEATH