Rory Gallagher recalls his early interest in music and how he is happy to be a musician.

By the age of nine, Rory had a wooden guitar and later got a Fender guitar on fifteen years hire purchase. He knew at that stage that he wanted to be a musician.

The excerpt here shows Rory performing 'Tore Down' at the Savoy in Limerick in 1972.  He is accompanied by Gerry McAvoy on bass and Rod de'Ath on Drums.

According to producer Bill Keating,

The programme is based on one day of Rory's short tour of Ireland last year. In Cork he talked about how he began to take an interest in music at an early age, and bought his first guitar on HP, taking about fifteen years to pay it off. 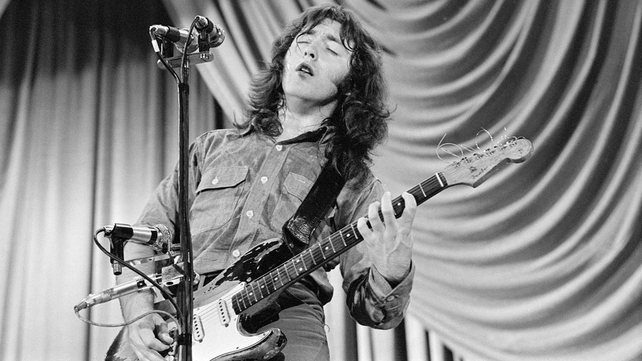 The Music Makers was an RTÉ Light Entertainment series featuring the top performers in the Irish pop and jazz scene.