Boyzone glad to be home and ready to take on their first major tour of Ireland.

The nationwide tour takes in thirty eight performances, including some lunchtime gigs, over thirty days.

Band members Keith Duffy, Stephen Gately and Ronan Keating talk about preparations for the tour an upcoming UK tour and their holiday plans.

An RTÉ News report broadcast on 23 May 1995. The reporter is Colm Connolly. 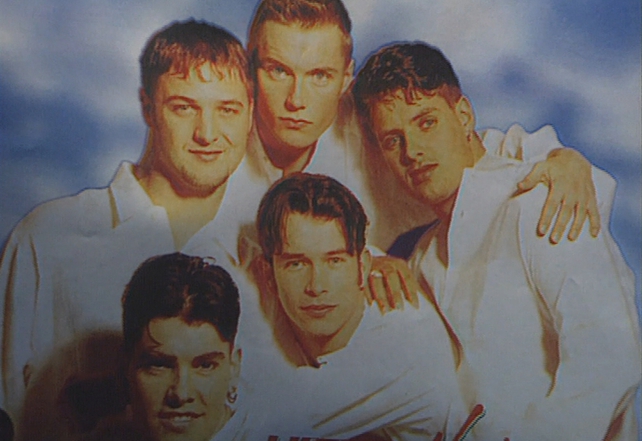