The Pearl Bar in Dublin, the chosen watering hole of writers and journalists since the 1940s, is calling time and preparing to serve last orders.

The proximity of The Pearl on Fleet Street to the Irish Times meant it was primarily a hangout for newspapermen. The walls are covered with caricatures of newspapermen, editors, reporters and literary figures who frequented the bar. It was here that journalists met, stories broke, and reputations were made and sometimes ruined.

The Pearl was the scene of some outstanding, monumental rows, literary and otherwise.

In 1940 Gus Weldon took over 'Moore and Salmons' pub and renamed it 'The Pearl'.

Now The Pearl is to be bulldozed into the ground to make way for a bank.

While the clientele is predominantly men, there were some well-known women journalists in the pub when Cathal O'Shannon paid a visit, including Maeve Binchy and Nell McCafferty. Maeve Binchy has been working at The Irish Times for four years and claims to have visited The Pearl around twice a day, every day since she started. Anticipating the closure of The Pearl, Maeve says that it might be a good idea if they all went back to work. 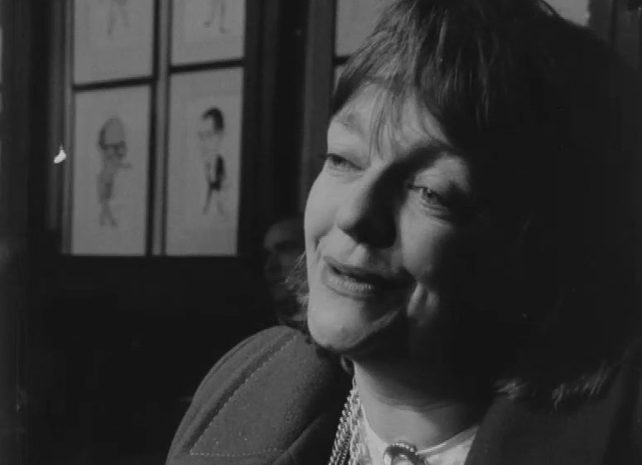 Irish Times journalist Lionel Fleming, has worked internationally as a journalist and says there are similar pubs around the world where journalists and politicians congregate. For journalist Martin Sheridan the popularity of The Pearl Bar comes from the fact that journalists go there to meet other journalists.

The patrons of The Pearl Bar are very complimentary about owner Gus Weldon, who says it was always a pleasure to deal with the newspapermen.

The old customers must find a new pub but it's not easy to create an institution and that's what The Pearl was.

This episode of 'Tangents' was broadcast on 6 April 1973. The reporter is Cathal O'Shannon.