Dubliners tell John Horgan how much they miss the newspapers, which were shut down by a printing strike for 10 weeks in 1965.

In 1965 a printing strike in Dublin closed 46 printing houses and stopped publication of Dublin newspapers for 10 weeks. It was the industry’s longest strike since the 11 week strike of 1934 and was eventually settled following concessions on pay and leave to around 1,700 printers and over 3,000 other workers.

Almost 6 weeks into the strike, Dubliners tell reporter John Horgan how much they miss the newspapers in a vox pop for 'Newsbeat'. One newsboy is selling English papers instead and says he has to sell more of them to make the same money. Newspaper sellers who dealt exclusively with evening papers are out of work because there are none to be had.

However, her business has not suffered from the lack of Irish newspapers as she is managing to sell other things instead such as magazines. 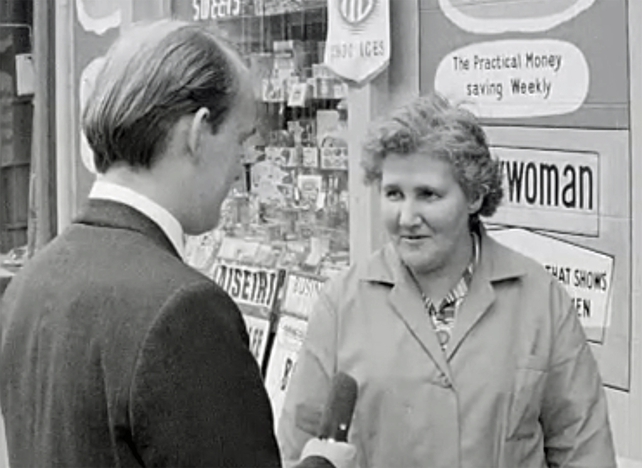 'Newsbeat' was a half-hour feature programme presented by Frank Hall and ran for 7 years from September 1964 to June 1971. 'Newsbeat' went out from Monday to Friday on RTÉ Television and reported on current affairs and issues of local interest from around Ireland. The final programme was broadcast on 11 June 1971.