How an edition of The Evening Press is produced from writing the reports to distributing the final newspaper.

At The Evening Press, telex machines are constantly printing out news and sports stories which come in from all over the world. Correspondents from around the country telephone in their stories to the copy takers who type up the reports.

On an evening paper, time is the big enemy so reporters phone in their stories from the scene.

The news editor assigns stories to reporters. When the stories are written, they are sent to sub-editors before going to print. The sub-editors check grammar and spelling and often cut the story to fit the allocated space in the paper. They also mark instructions for the linotype operators when using pictures in stories.

The editor, deputy editor and the news editor hold regular meetings every day to monitor how the process is going and make any necessary editorial changes.

On an evening paper, the news can change dramatically within a couple of hours.

The linotype operator types the story onto a special keyboard which selects letters and drops them out for use. While the system has been superseded by computers, many newspapers still use the old system because of the cost of modernisation. Implementing new technology is also a concern for trade unions who are worried about workers being replaced by machines. The letters are used as moulds for the lead type slugs which are assembled to make up a page of the paper. 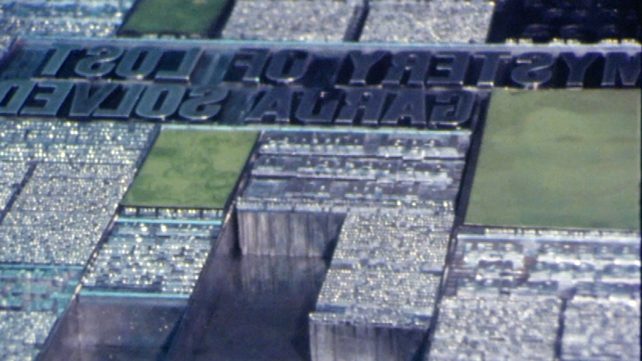 One of the talents for this job is to read upside down and backwards.

The next stage in the production process is called making a matrix. This involves creating a mould of the type on the page. This is done for every page of the newspaper. The matrix mould is used to make the lead plates which actually print the newspaper.

The papers are churned out at the rate of thirty thousand an hour.

This episode of 'Youngline' was broadcast on 1 February 1979. The reporter is Conor McAnally.