Ahead of the fight on 19 July, Muhammad Ali held a training session open to the public was in the handball court at Croke Park. As well as demonstrating his pugilist skills the world's most famous fighter showed his gift for the gab.

It's just hard to be humble when you're as good as I am.

Ali was in fighting form both physically and verbally as he puts down his opponent Al 'Blue' Lewis. 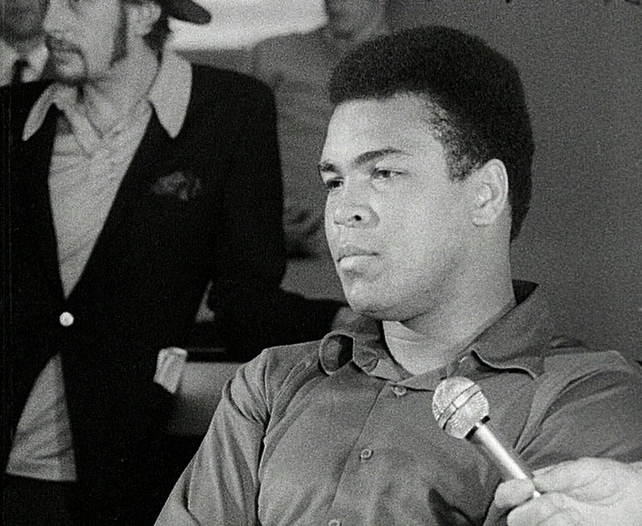 Addressing his fans gathered in the handball alley, Ali said,

I'm the real champion of the world. Most fighters are too ugly to hold my title.

Never to shy to self self-promote, Ali tells the camera,

Everybody knows I'm beautiful... Look at me. Look at my nose, my eyes... I don't have a scratch. Look how many girls come to watch me train. They know I'm the world's prettiest fighter.