Bill O'Herlihy meets Mary Foley the owner of Shell Cottage in Dungarvan, County Waterford to find out why her house is completely decorated with seashells.

Mary and her husband Captain David Foley started decorating the cottage with shells in 1954. It was originally intended to be a Marian shrine to Our Lady but when David died in 1962, leaving it unfinished, Mary continued the work all by herself.

Mary is keen to point out that none of the shells used on the cottage are imported. She and David collected them all from the local seashore. She has no idea how many shells are used in the cottage as her husband stopped counting when he reached the million mark. The original intention was to decorate one wall but the hobby became addictive.

One wall brought on another.

Some designs such as one depicting ‘The Harvey’, the first ship her husband sailed in from the Quay of Dungarvan, are based on real-life events, others are just their own creations. For further embellishment, Mary has positioned antiques along the walls and has installed a mission box which has collected hundreds of pounds to date.

A lot of upkeep is required to keep the cottage in its current condition. However, Mary’s skill and dedication is rewarded by the number of visitors coming to see her work. She recently had 104 visitors in two busloads from County Tyrone and there have been visitors from as far as Japan, Canada, Denmark and Sweden. Córas Iompair Éireann (CIÉ) tours bring people to the cottage and the Irish Countrywomen's Association (ICA) organise an evening visit. Words cannot do the cottage justice, as the visitors say themselves,

Tis to be seen to be believed.

This episode of ‘Newsbeat’ was broadcast on 18 October 1966. The reporter is Bill O'Herlihy. 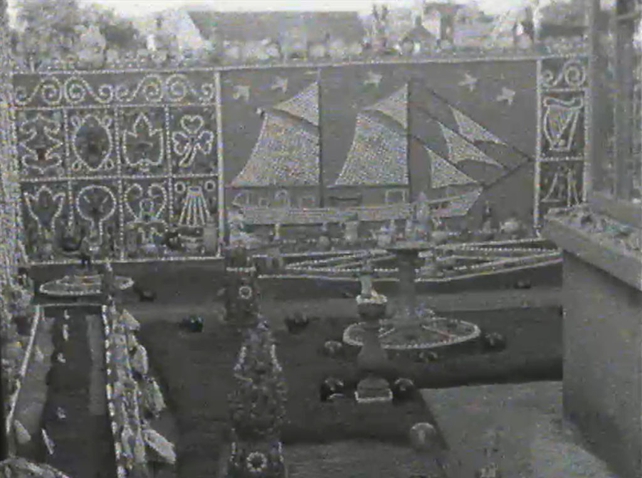