Writer, actor and comedian Dermot Morgan was a guest on The Late Late Show where he spoke to host Gay Byrne about the success of 'Scrap Saturday'.

In his introduction Gay Byrne describes Scrap Saturday as

The smasheroo of the season

On the success of the show Dermot Morgan says he is

As happy as a pig in shit

Dermot also talks about the craft of writing, the size of the Irish audience and his co-writer Gerry Stembridge.

'Scrap Saturday' was a satirical radio sketch show written by Dermot Morgan and Gerry Stembridge. The programme was broadcast on RTÉ Radio 1 on Saturday mornings from 1989 to 1991.

This episode of The Late Late Show was broadcast on 1 February 1991. The presenter is Gay Byrne. 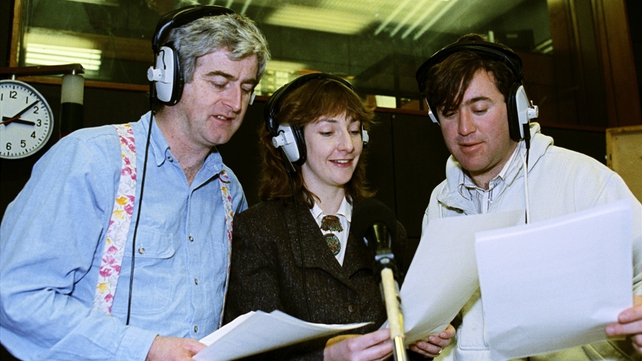