The new studios on Father Matthew Quay in Cork City Centre were officially opened by the Director General of RTÉ Joe Barry. The former Gas Company premises is now equipped with the latest broadcasting equipment and was built at a cost of over £1 million.

50 staff work in the Cork region and provide a local radio service, as well as national television and radio programming. 'Nationwide' the popular evening magazine programme is originated from the Cork studios. Next year when RTÉ Radio 1 goes to 24 hour broadcasting the Cork studio will take over transmission in the early hours.

An RTÉ News report broadcast on 15 December 1995. The reporter is Tom MacSweeney. 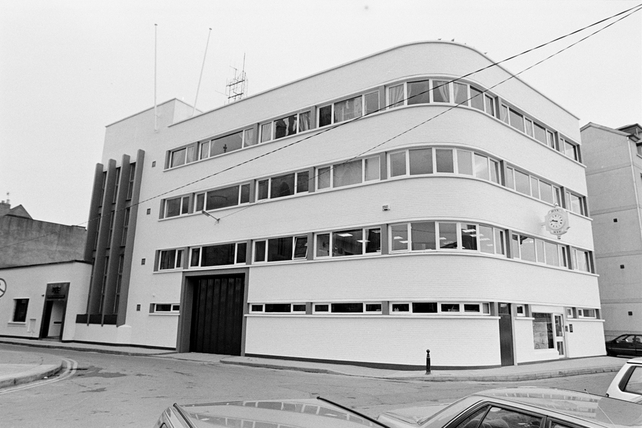