In 1962 Frank O'Connor appeared on an episode of 'Self Portrait: Interior Voices' and spoke about his ambition to be a writer.

When I was a young fellow I desperately wanted to be a writer.

In this excerpt from the programme O'Connor talks about how he became a writer and comments:

When I was a young fellow I desperately wanted to be a writer. Obviously God hadn't equipped me for anything that required unusual intelligence like a clerk or a railway porter. A poet was what I felt I really ought to be because a poet didn't seem to require anything except inspiration. And I had buckets of inspiration.

Having realised that he would never make a living from poetry, O'Connor turned his hand to story-telling.

This edition of Self Portrait was first shown on RTÉ Television on 2nd January 1962.

To coincide with the broadcast an article appeared in the RTV Guide about Frank O'Connor and the programme. 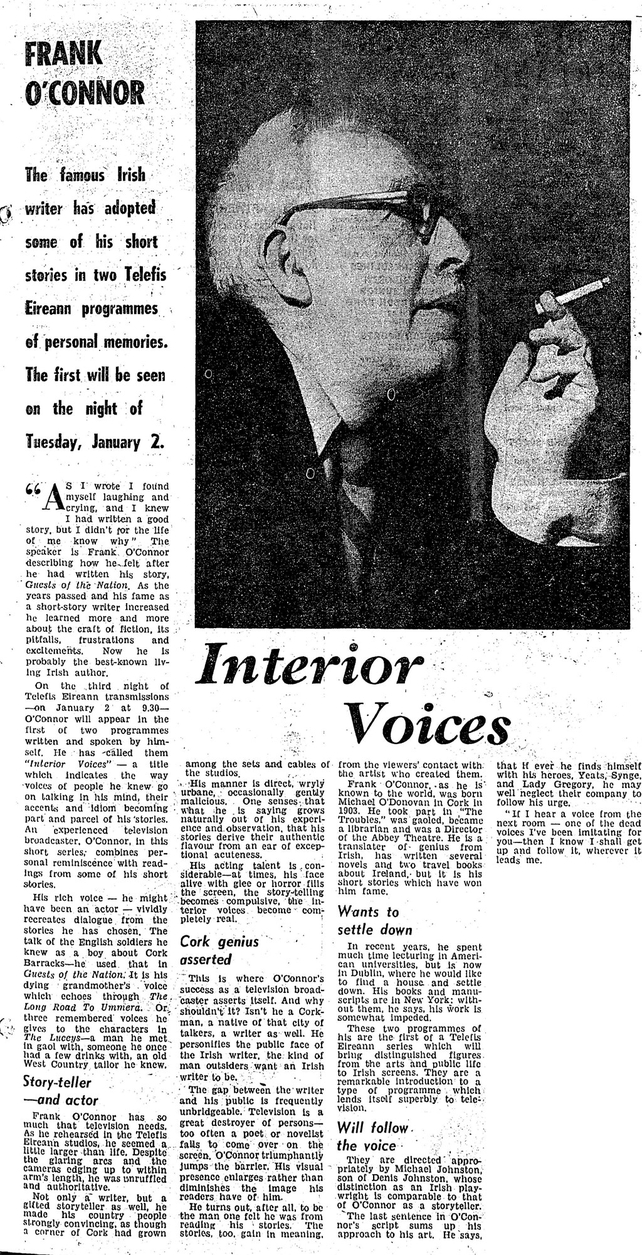 RTÉ made a series of studio programmes for the new television station in the first year of Irish television 1962-1963. 'Self-Portrait' was a series of intimate studio monologues with distinguished Irish men and women. It provided a unique opportunity to hear and see significant individuals presenting themselves in their own words and voices enriching their presentations with personal stories and examples of their work.

This edition of 'Self Portrait' was first shown on RTÉ Television on 2 January 1962.