A convoy from Donegal to Letterkenny demands legalisation of CB radio.

A demonstration in Letterkenny, County Donegal in favour of making CB radio legal.

The two-way technology allows people in different stations to communicate with each other through a shared channel.

Although Citizen Band radio is illegal in Ireland, there is a growing lobby in its favour. A convoy of CB radio users travelled from Donegal to Letterkenny to bring attention to the demand for its legalisation. The communications difficulties in the north-west of Ireland make Donegal an even more poignant location for the demonstration.

Objectors to CB radio claim that it interferes with television reception. The government has reinforced its stance against CB radio by introducing new legislation imposing expensive fines on the use of CB radio. 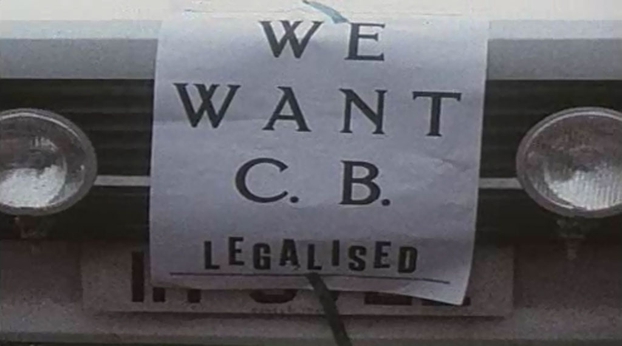