As man walks on the moon for the first time people on the streets of Dublin give their reaction.

On 20 July 1969 Apollo 11 landed on the moon with astronauts Neil Armstrong and Buzz Aldrin on board. Hours later at 3.56 am on 21 July, man walked on the moon for the first time.

Broadcast live on television, Neil Armstrong stepped onto the moon describing the event as,

One small step for man, one giant leap for mankind.

RTÉ News got the views of people on the streets of Dublin to the moon landing. Many of them had stayed up until the early hours of the morning to watch the event live on television.

An RTÉ News report broadcast on 21 July 1969. The reporter is Ultan McElligott.

In the week coming up to the moon landing the RTÉ Guide provided a special three-page guide to the Apollo 11, the astronauts, as well as details of television and radio coverage of the events. 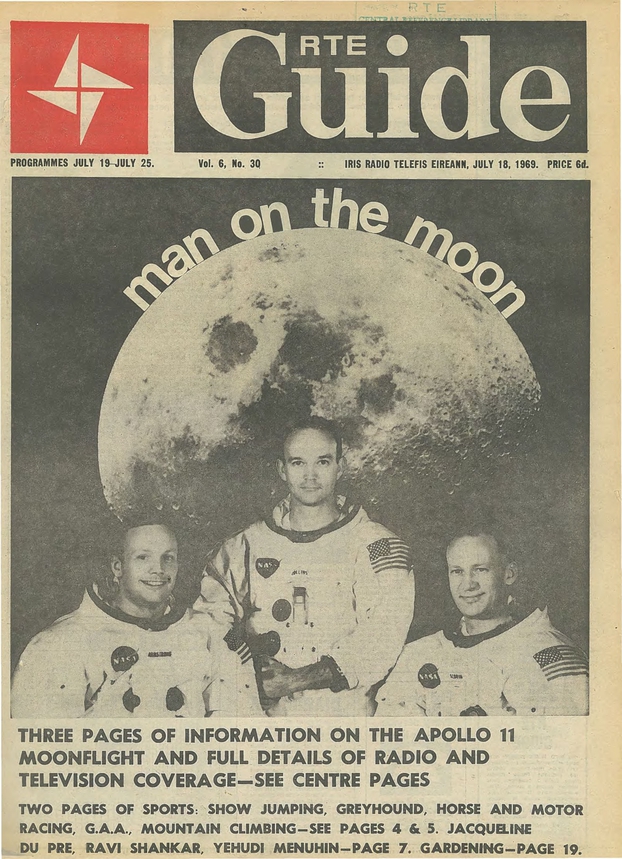 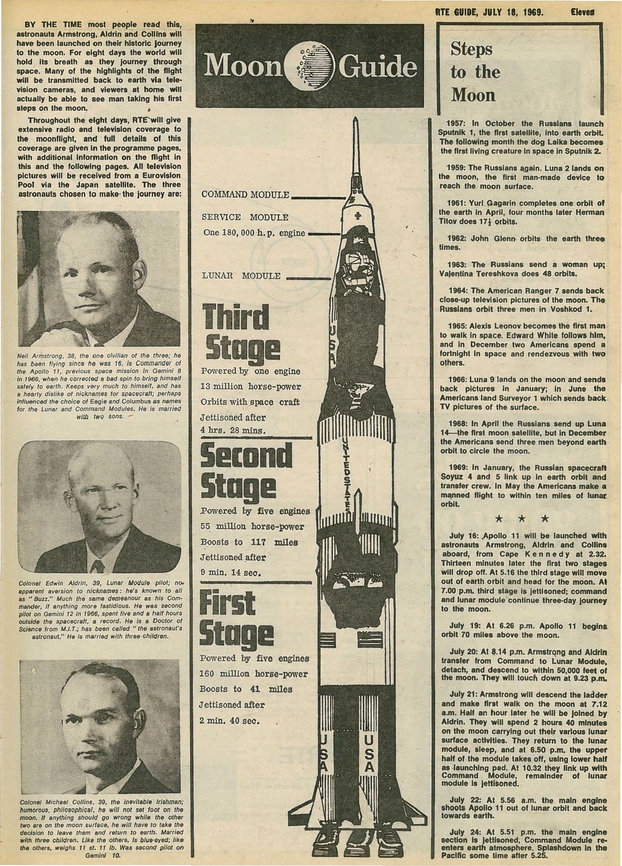 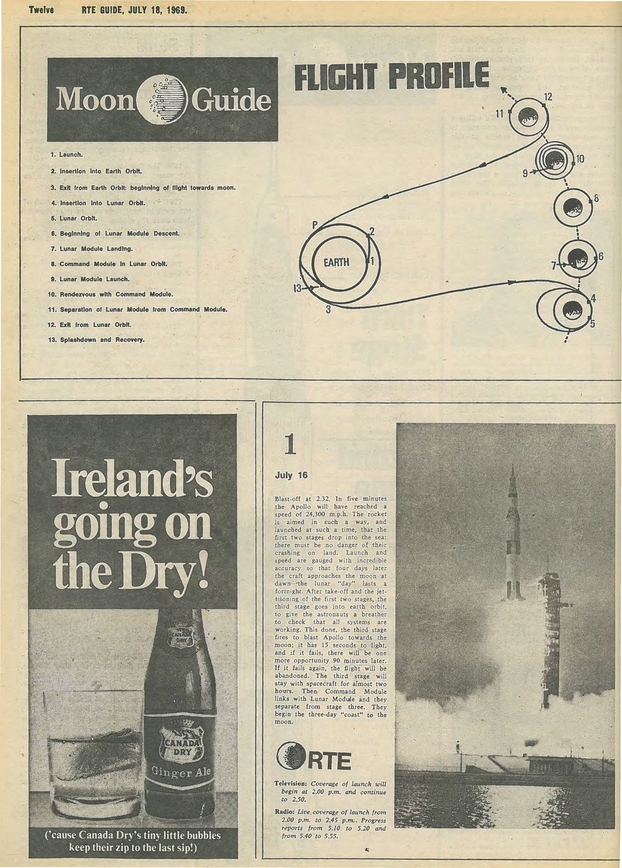 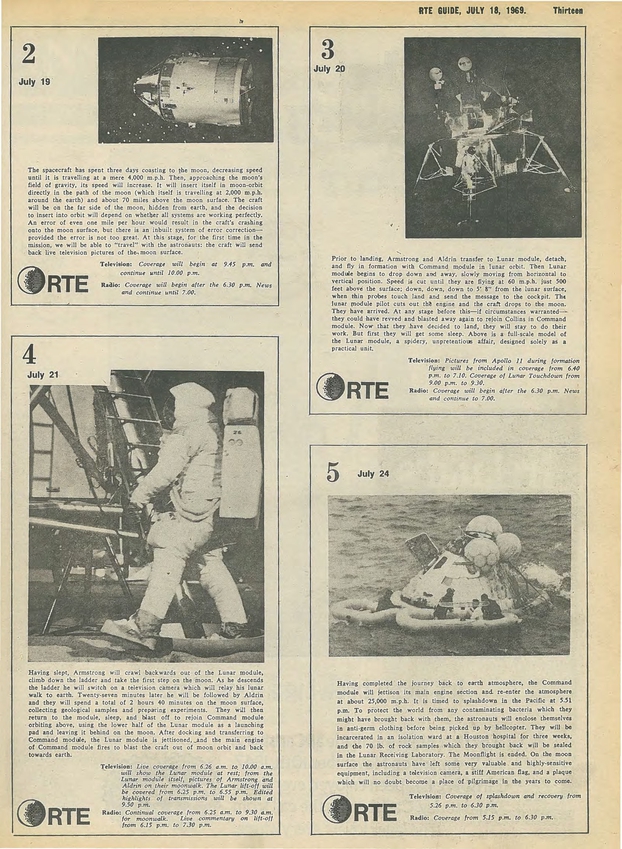