Alleged repeated sightings of a UFO in Carrick-on-Suir.

Following reported sightings of a UFO in Mullinahone, Carrick-on-Suir in 1969, 'Newsbeat' visits the area and meets some of the locals who claim to have witnessed these extraterrestrials.

Reporter Cathal O'Shannon meets Kathleen and John Shelly, and Ellen O'Donnell from Carrick-on-Suir, who all claim to have seen a UFO. John Shelly describes the hovering mass of light that they witnessed as they drove along the road.

It looked like a cloud with two lights shining out of it but they weren't flashing on and off as you would see in an aeroplane.

Frightened of what she had seen as the object descended from the sky, Kathleen remained in the car as John investigated further before being beckoned back to the car by his wife. They discuss possible alternatives to what it might have been, possibly a meteorological balloon or bog mist. John Shelly is keeping an open mind. 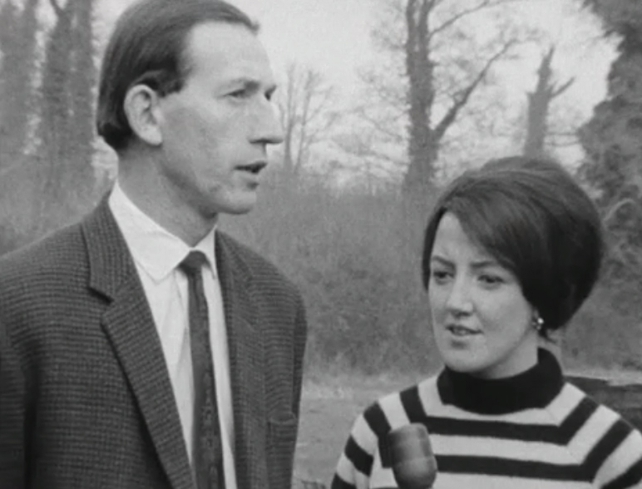 The Shelly's were not the only ones to make claims of this odd sighting. An hour and a half after the Shelly's claim to have seen this strange object Ellen O'Donnell was on her way home with her boyfriend Teddy when she says she witnessed a similar sighting. Frightened by what she had seen she jumped into Terry's arms.

The Shelly's claim to have seen the unidentified object in a field next to the Mullinahone Creamery. Cathal O'Shannon joins Eddie Bergin, the South Tipperary Civil Defence Officer, and his assistant Eddie O’Neill as they check the field with geiger counters for possible signs of residual radiation. However, there were no signs of radiation found.

This 'Newsbeat' report was broadcast on 26 February 1969.