Archaeologists have found the first evidence of a Viking settlement on the Northside of Dublin. A Viking house dating from the 11th century was unearthed during excavation works near the Four Courts and could be part of an early northern suburb of the city.

The archaeological dig found the equivalent of a 3 bedroom, semi-detached, Viking house. The remains of over 200 Viking houses have been found in Dublin city centre, but this is the first on the northside of the city.

Archaeologist Colm Moriarty and Dr Pat Wallace of the National Museum of Ireland describe the discovery.

An RTÉ News report broadcast on 26 January 2010. The reporter is John Kilraine. 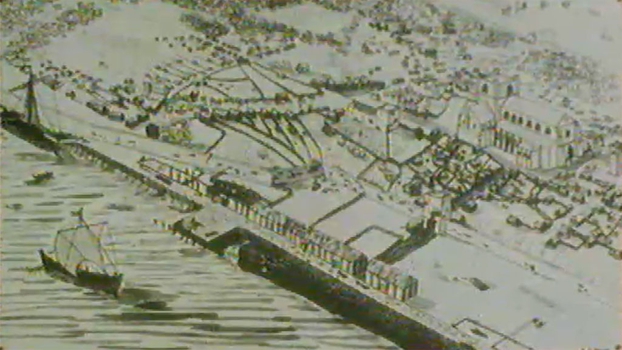 Archaeological Dig at Wood Quay and Plans for the Site 1970

Time Running Out for Conservation of Viking Wood Quay Site 1978