The National Museum of Ireland recruits workers from the local employment exchange for the archaeological dig at High Street in Dublin.

In 1967 the National Museum of Ireland began an extensive excavation of the High Street area of Dublin, which lasted for three years. The work was filmed over this period by RTÉ for a special episode of the series 'Anthology', 'The Search for Viking Dublin.'

Excavation director Breandán Ó Riordáin of the National Museum explains how they recruited staff from employment exchanges and the type of detective work involved in a dig like this.

'Anthology: The Search for Viking Dublin' was broadcast on 10 November 1969. 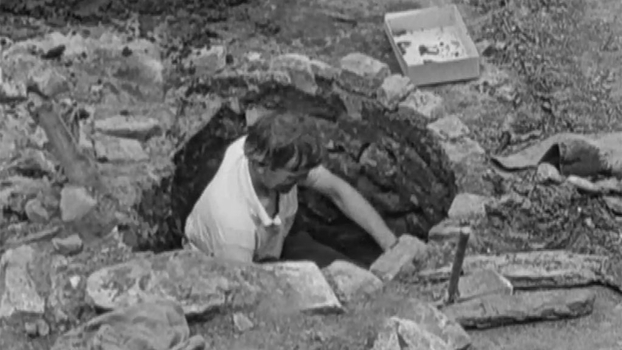