'Newsbeat' asks what is being done about our traffic? But neither body responsible for traffic planning are prepared to take part in the programme.

According to a Dublin taxi driver, the problem is that all traffic is directed through the city centre and it is impossible for him to make money.

Cathal O'Shannon says that both the Department of Local Government and Dublin Corporation refused to take part in the programme. City Manager Matthew Macken saying it was because

Corporation officials had been mauled before.

So it is left to Michael Ryan's voiceover to explain the Schaecterle Plan (or The German Plan as it is commonly known), written by German traffic expert Professor Schaecterle at a cost of £30,000. Proposals include building a radial system of arterial roads, an express ring road and an inner ring road.

A 'Newsbeat' report from 13 November 1969. The reporters are Cathal O'Shannon and Michael Ryan. 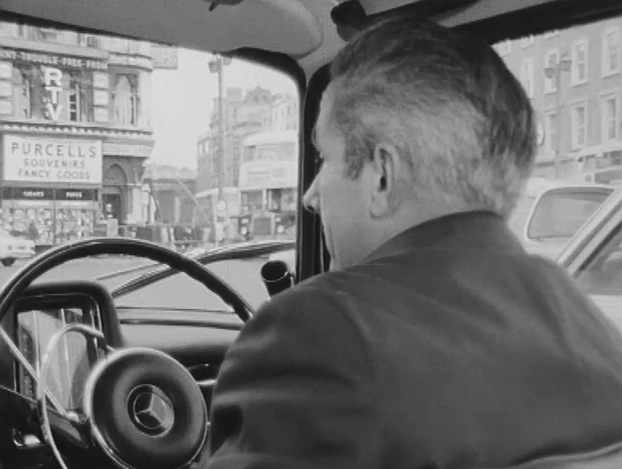