On 29 September 1979 Pope John Paul II arrived in Ireland for a three day visit. On the first day of his visit he was greeted by over a million people at the Phoenix Park, Dublin.

The Pope will arrive in Dublin by Aer Lingus jumbo jet from Rome at about 10 am on Saturday 29 September.

A special altar is being built in the Phoenix Park which is the setting for the welcome mass. This is now the location of the Papal Cross. After a quick visit to Drogheda, it is back to Dublin for a cavalcade through the streets and on to a reception at Áras an Uachtaráin.

An RTÉ News report broadcast on 29 August 1979, one month ahead of the Pope's arrival. The reporter is Derek Davis. 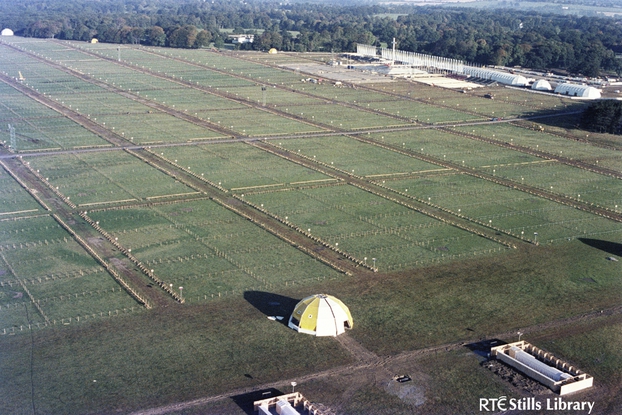 Preparations for the Pope's visit at the Phoenix Park, Dublin (1979)