RTÉ News reports from the RDS where 900 young boffins have gathered to exhibit over 400 projects.

Margaret Coyne, exhibition organiser and Aer Lingus representative, comments on the work of participants and how they are bridging the gap between academia and the real world.

Projects featured in the exhibition include a humorous look at physics, the introduction of plant life to Ireland from abroad and a look at the need for an increase in the recycling of glass.

The first ever Young Scientist Exhibition was held in the Mansion House in 1965.

RTÉ News report was broadcast on 6 January 1993. The reporter is Colm Connolly. 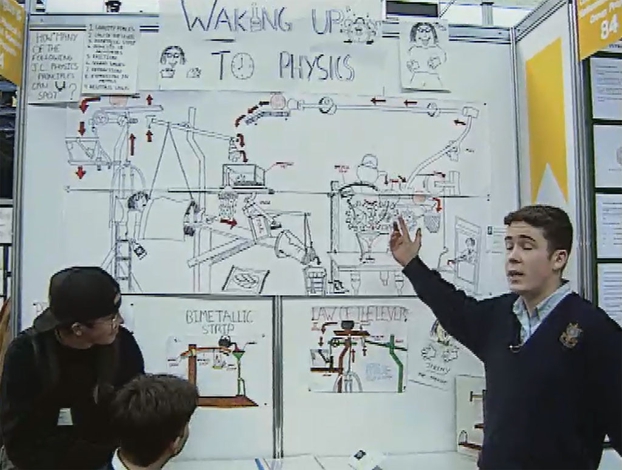