38 IRA prisoners hijack a lorry and break out of the Maze, a maximum security prison in Northern Ireland.

One of the guards on duty that night died of a heart attack as a result. 19 of the prisoners were recaptured in the following days, but the other 19 were not.

James Prior, the Secretary of State in Northern Ireland has announced an inquiry. Reporter Jim Dougal asks Prior if he thinks there was collusion between the prisoners and the Maze staff and if the escape is a boost for the IRA?

Well of course you can't rule it out. Although I personally think that it is unlikely. But you certainly in the circumstances of Northern Ireland can't rule these things out.

An RTÉ News report broadcast on 26 September 1983, the day after the breakout. The reporter is Jim Dougal. 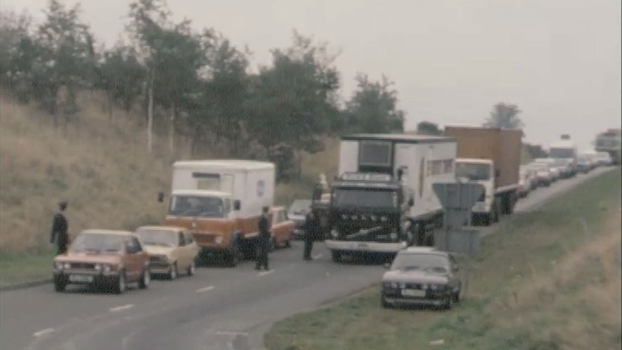