Supporters of Mountjoy Prison inmate Pat Scanlon have appealed to the Minister for Justice to grant him day release in order to complete a 52 mile double marathon in aid of the Chernobyl Children's Project.

Pat Scanlon, currently finishing a seven year sentence for a drugs related offence in Mountjoy Prision, is no stranger to running. Two years ago he made international headlines when he completed a marathon within the walls of Limerick Prison. He did this by running 628 laps of the prison yard.

Most people think that prisoners are worthless. I thought I would do something different and try my hand at running a marathon and to raise some money.

Now, in the last year of his sentence, Pat Scanlon is training for a double marathon of 52 miles. This ultra marathon is the length of the Shannon Estuary from Ballybunion to Limerick City.

Founder of Chernobyl Children International Adi Roche hopes that the Minister for Justice Michael McDowell will grant Pat a day release so he can complete the route in his own county rather than within the confines of Mountjoy Prison.

An RTÉ News report by Peter Leonard broadcast on 16 November 2005. 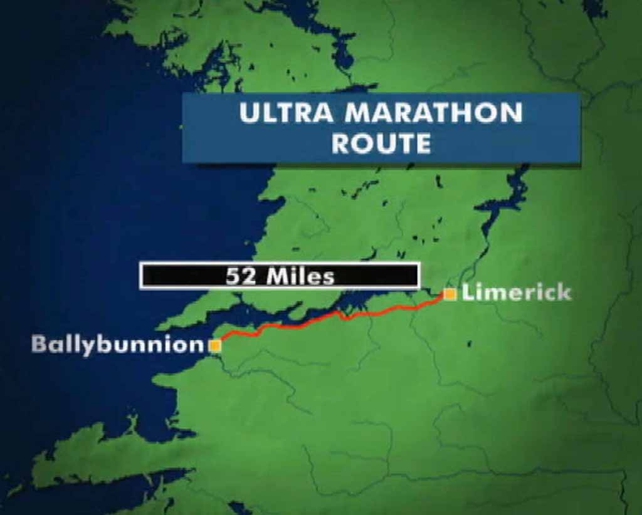