It’s already one of the most successful Irish movies ever and it was the top-grossing Irish film of last year, and now Cork cocaine caper The Young Offenders has led the charge at this year's IFTA Film and Drama Awards by scooping seven nominations.

The hit movie, which stars Alex Murphy and Chris Walley as two chancers who attempt to liberate a bale of Class A drugs from a crime scene, leads the way in nominations in the film categories.

A Date for Mad Mary and The Siege of Jadotville have also received multiple nominations for IFTA awards, and all will be revealed at the ceremony, which takes place in Dublin's Mansion House on April 8.

Netflix release The Siege of Jadotville is nominated for Best Film, Best Director for Richie Smyth and Screenwriter for Kevin Brodbin.

The film's stars, Jamie Dornan and Jason O'Mara, are in the running for acting prizes.

Box office hit A Date for Mad Mary, about a young woman trying to connect with her old life following her release from prison, sees nods for lead actress Seána Kerslake, while co-star Charleigh Bailey is also nominated for Best Supporting Actress.

As well as a nomination for Best Feature Film, it's also a brotherly affair for the movie, with Darren Thornton up for Best Director alongside his brother Colin, who gets the nod for Best Screenplay.

Some of Ireland's biggest acting names are also up for awards.

Oscar-nominee Ruth Negga is up for awards in both the film and TV categories for her roles in the movie Loving and TV drama Preacher.

Michael Fassbender is nominated for his role in the drama The Light Between the Oceans, while Colin Farrell and Brendan Gleeson will go head-to-head in the Best Supporting Actor category.

In the TV categories, TG4's Irish-language western An Klondike leads the charge with a huge ten nominations while massive international hits Game of Thrones, The Fall and Vikings, which are all filmed in Ireland, feature prominently.

Acting legend Michael Gambon will also be presented with a Lifetime Achievement Award on the night.

A Date for Mad Mary

The Siege of Jadotville

Richie Smyth, The Siege of Jadotville

Kevin Brodbin, The Siege of Jadotville

ACTOR IN A LEADING ROLE - FILM

Jamie Dornan, The Siege of Jadotville

Michael Fassbender, The Light Between Oceans

ACTRESS IN A LEADING ROLE - FILM

Aisling Loftus, Property of the State

ACTOR IN A SUPPORTING ROLE - FILM

Colin Farrell, Fantastic Beasts and Where to Find Them

Brendan Gleeson, Trespass Against Us

Ciarán Hinds, Bleed For This

Jason O’Mara, The Siege of Jadotville

Fiona Shaw, Out of Innocence

Neasa Hardiman, Z: The Beginning of Everything

Barry Devlin, My Mother and Other Strangers

Tom Vaughan-Lawlor, Trial of the Century

ACTOR IN A SUPPORTING ROLE - DRAMA

ACTRESS IN A LEADING ROLE - DRAMA

ACTRESS IN A SUPPORTING ROLE - DRAMA 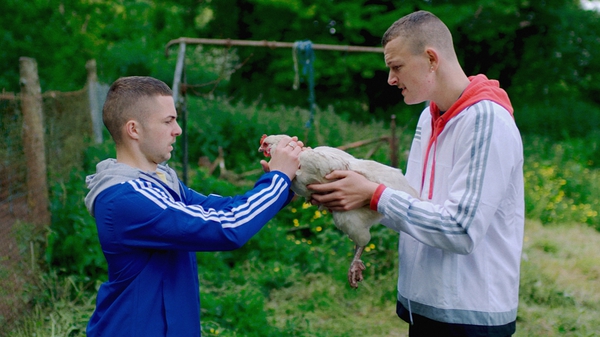 Young Offenders has opened to rave reviews in the UK Entertainment