Celine Dion and the Hothouse Flowers see their careers broadcast to an international audience at the 1988 Eurovision Song Contest hosted by Ireland.

In 1988 the Eurovision Song Contest was held in Dublin following Johnny Logan's win the previous year with 'Hold Me Now'.

RTÉ revamped the production style of the broadcast in an effort to attract a younger audience and Declan Lowney was tasked with the job. The interval act at this year's contest was up and coming group 'Hothouse Flowers'.

The production was a great success and Declan Lowney went on to win a Jacob's Award for his work.

The contest took place on 30 April 1988 and was presented by Pat Kenny and Michelle Rocca. 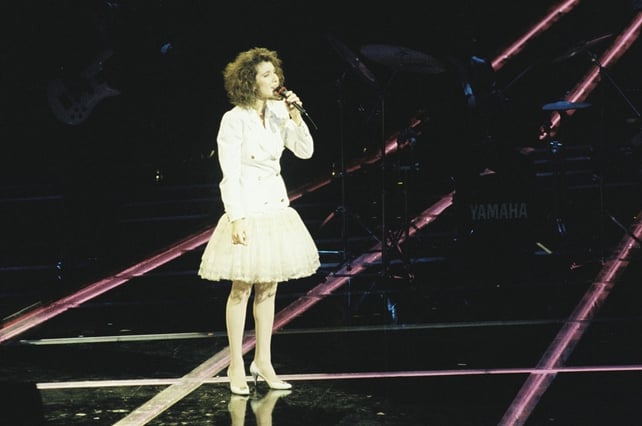