The 1984 Eurovision Song Contest took place in Luxembourg on 5 May. The winning song came from Sweden who beat Ireland's Linda Martin to the top spot by just 8 points. Ireland's entry 'Terminal 3' was written by two-time winner of the competition Johnny Logan.

As Gay Byrne announces the winner Linda Martin is congratulated by Louis Walsh and Shay Healy amongst others. A cheque for £1,000 is presented to Johnny Logan by Niall McCarthy, Head of Light Entertainment and Drama at RTÉ.

The contest was broadcast live with Gay Byrne presenting and Tom McGrath producing and directing.

Linda Martin went on to win the 1992 Eurovision Song Contest for Ireland with 'Why Me?', which was also written by Johnny Logan. 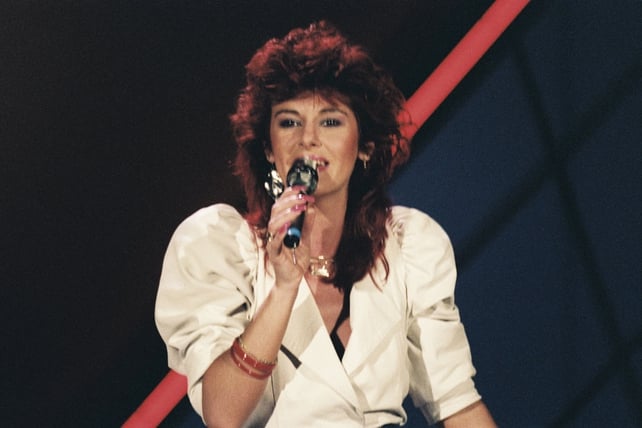