On 3 April 1971 Ireland hosted the Eurovision Song Contest for the first time.

The event took place at The Gaiety Theatre in Dublin and was presented by Bernadette Ní Ghallchoir.

This clip goes behind the scenes with the production team during the opening sequence to the show, which was broadcast around the globe to millions of viewers in 29 countries. 18 countries were represented in the contest, which was won by Monaco.

Ireland's entry to the contest was 'One Day Love' sung by Angela Farrell, which came in 11th place. Angela Farrell was selected to represent Ireland following the National Song Contest held on 28 February 1971.

The opening film shows Grace O'Shaugnessy and Brian McGrath in a horse-drawn carriage travelling from Merrion Square to the Gaiety Theatre.

The 1971 Eurovision Song Contest was broadcast on Telefís Éireann on 3 April 1971. 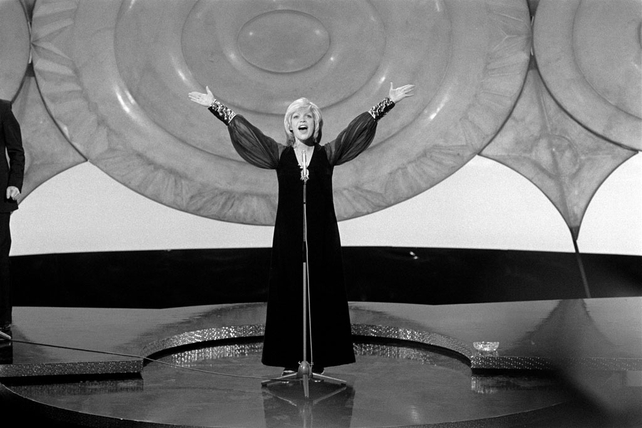