Hosting the Eurovision Song Contest presented new challenges for RTÉ in both technical and artistic terms.

On 3 April 1971 Ireland hosted its first Eurovision Song Contest, having won the competition the previous year with Dana singing 'All Kinds of Everything'.

The day before the contest took place, RTÉ reporter John Ross visited the Gaiety Theatre in Dublin to witness rehearsals under way. This report includes interviews with Dana, who wishes all the contestants the best of luck, and presenter Bernadette Ní Ghallchoir, who rehearses her opening lines. We also get a glimpse behind the scenes as preparations for the live show take place. Monique Melson, the Luxembourg contestant, is pictured on stage rehearsing her song. RTÉ Head cameraman Ken Shannon is also seen in rehearsals. It will be his job to feed the pictures to the 40 commentary positions, which will feed on to the 29 countries taking the broadcast.

This was a huge undertaking for RTÉ with the contest being broadcast to "a thousand million viewers" around the globe in 29 countries. It was only the second time that RTÉ had done an outside broadcast in colour. 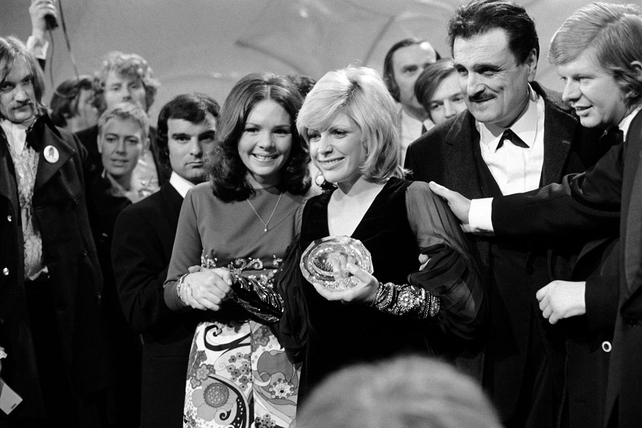