Dana returns home having won the Eurovision Song Contest for Ireland for the first time.

At Dublin Airport, 18 year old Dana (Rosemary Brown) is welcomed home after winning the 1970 Eurovision Song Contest. At the foot of the steps from plane she sings the winning song 'All Kinds of Everything'.

During a press conference Dana tells RTÉ reporter Barry Linnane that there has been no time to think what to do next except rest. Dana also says she will continue to live in the Bogside in Derry.

At Ballykelly Airfield in Derry Dana greeted by crowds and a school girl band plays 'All Kinds of Everything'.

The 15th Eurovision Song Contest was held in Amsterdam on 21 March 1970. 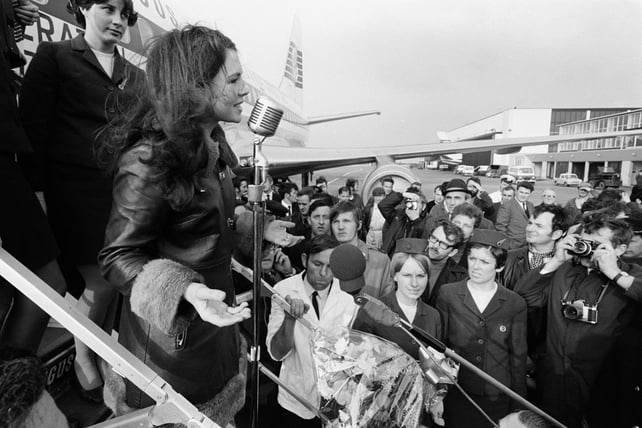