Dublin's busiest shopping street has been opened as a pedestrian street, the first of its kind in the city. Dublin Corporation have blocked off both ends of Henry Street with potted plants preventing traffic from entering for a four week trial.

Trees, plants and park benches have been placed in the middle of the road to provide shoppers with a safe and traffic free environment to shop at their leisure. 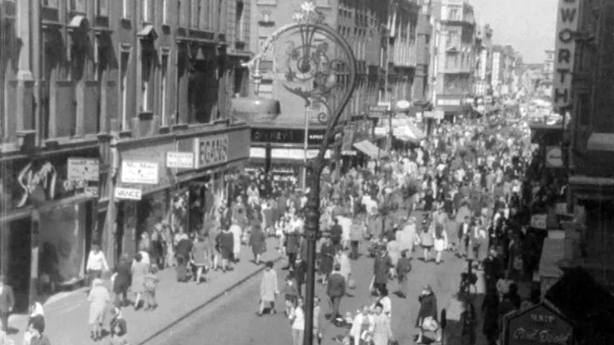 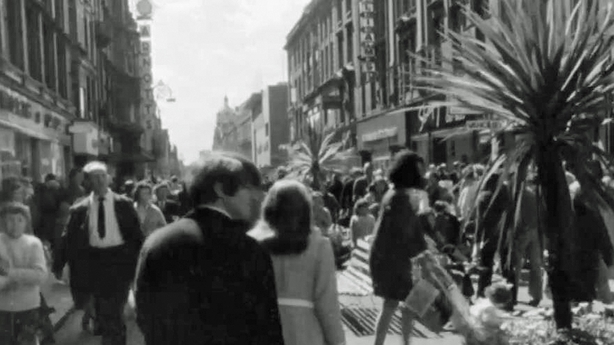 Traffic arrangements for the new initiative will see access provided for the delivery of goods before 11 am and after 6.30 pm.

While some traders welcomed the move, not all were happy. One street trader said that trade was very slow as people readjusted to the new setup on the street. Others say that business has remained relatively unchanged. The only difference is that there is no traffic.

An RTÉ News report broadcast on 14 June 1971. The reporter is Donal Kelly.