A goat keeping an eye on the music, traders, gamblers and a preacher all part of the annual Puck Fair.

King Puck in "majestic isolation" oversees the celebrations in the Kerry town of Killorglin.

There was brisk business for the street traders and food stalls as locals and visitors flocked to the town for the annual Puck Fair festival.  Another feature of the fair is the street musicians and Irish dancers. There was also a brisk trade in livestock. 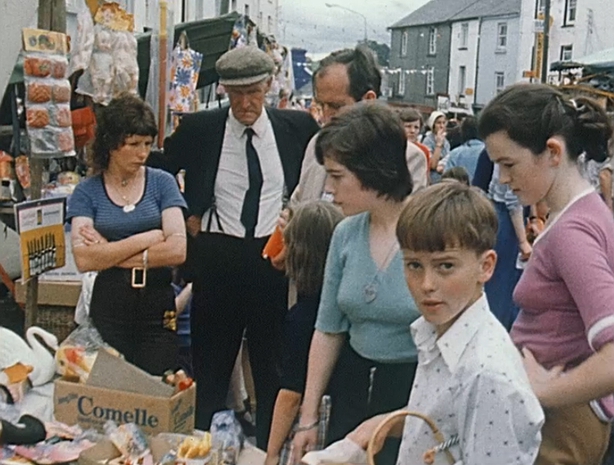 A lay preacher on the street who attracted a small audience for his sermon and had a word of warning for festival goers.

Sooner or later, the merriment had to end.

An RTÉ News report broadcast on 13 August 1975. The reporter is Dermot Mullane.