The goat crowned King Puck at Killorglin is flown to Belfast to take par tin the Auld Lammas Fair.

One of Ireland's traditions is the crowning of a goat every year at the Puck Fair in Killorglin, County. Kerry. In 1979 King Puck was flown to Belfast in order to attend the Auld Lammas Fair in Ballycastle, Co Antrim. This marked the beginning of cooperation between these two fairs and the Ballinasloe Horse Fair, which has continued ever since.

An RTÉ News report broadcast on 21 August 1979. The reporter is Deirdre Purcell. 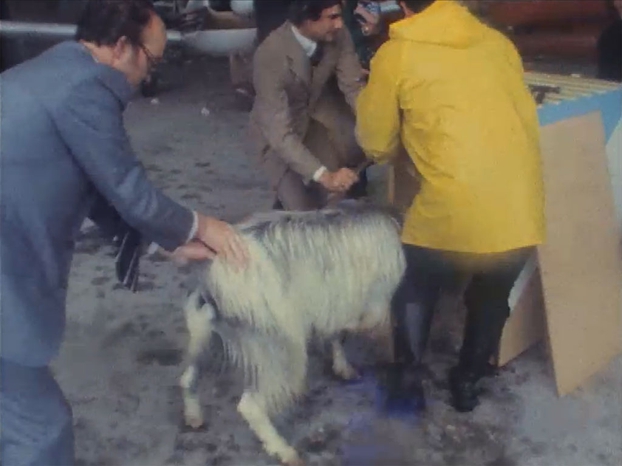