A Buntús Cainte lesson for directions and travel in the Irish language.

Máire O'Neill and Aileen Geoghegan introduce this episode of Buntús Cainte with the focus on learning about directions.

Translations are provided in both English and Irish and subtitles are displayed with the correct Irish spelling.

Ó thuaidh... towards the north.

Ó dheas... towards the south.

soir... towards the east.

siar... towards the west. 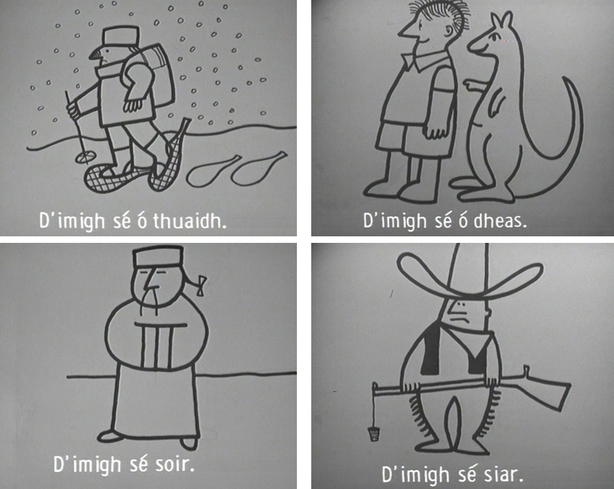 A series of drawings are used to demonstrate the language featuring characters on their travels to foreign parts.

The next part of the lessons requires the learner to repeat the phrases.

Bhí sé ag imeacht ón áít sin. [He was going out from that place.]

Ar imigh sé siar an bóthar fós? [Did he go west the road yet?]

Nár imigh aon duine as an áit? [Didn't anyone leave the place?]

The final part of the lesson involves a conversation between a couple about whether one of their neighbours is ill having seen a doctor and nurse pass the house.

This episode of Buntús Cainte was broadcast on 15 December 1967. The presenters are Máire O'Neill and Aileen Geoghegan.

Buntús Cainte was a series of brief instructional programmes aimed at beginners in Irish. The five minute programmes were broadcast each evening through the week and a compilation programme was broadcast on Sunday.

The Department of Education produced a booklet to assist vieres of the series, while Gael Linn produced a record and audio tapes to complement the series.

Buntús Cainte was aimed at beginners and adults with school going children who wanted to improve their Irish and be able to help them with their school work. The series presenters were Maire O'Neill, Aileen Geoghegan, Seamus Óg Ó Tuama, Ruth Buchanan, Donal Cox and Bernadette Ní Ghallchóir. 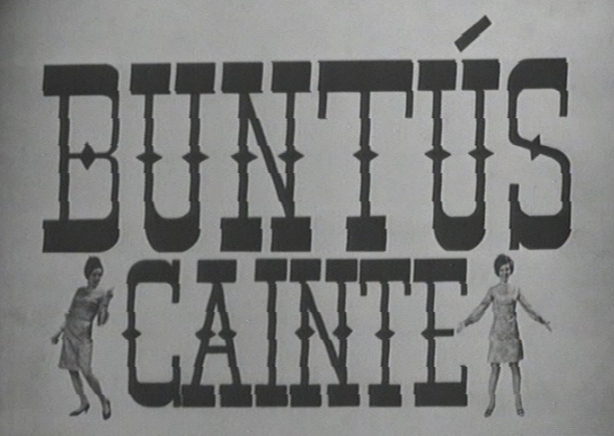