The influence of growing up in Clare on the work of writer Edna O'Brien.

Edna O'Brien has written six novels, a volume of short stories, a film script and a play in the last ten years. All of her work has been influenced by her upbringing and experiences in County Clare.

She talks here about growing up in Clare and the influence it has had on her writing. Haunted by images of things and people she saw and heard as a child. She compares the nature of County Clare to a theatre which has come to influence many aspects of her writing.

I would not want to have come from anywhere else despite certain inconveniences which I haven’t omitted to remember.

Now living in London, Edna O'Brien has moments when she feels like she is back in County Clare through a process which she refers to as "resensation".

She compares life in suburban London to that of rural county Clare in terms of the degree to which people expose themselves.

That thing of poor narrative which you never get in a city because people are very cloaked from each other and the manners are different.

While young she had a habit of talking to herself and to inanimate objects. To escape the monotony of life, she fabricated stories of more exotic kinds of lives.

I didn’t think of stories as being fiction. I think of them as being life.

This episode of ‘Writer in Profile’ was broadcast on 25 March 1970. The presenter is Niall Sheridan.

‘Writer in Profile’ was produced and directed by James Plunkett. 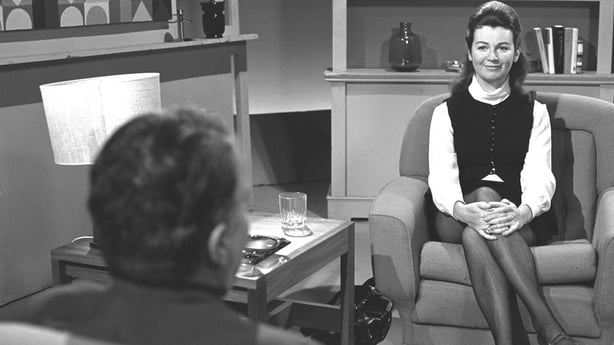