Local residents believe that Dublin County Council has mislead the public in creating a refuse tip at the Strawberry Beds by giving the location a different name.

The site in question at Waterstown, just across the river from the Strawberry Beds is already operating as a private tiphead, and Dublin County Council plan to expand operations there to include disposal of domestic waste.

A group called the Liffey Valley Defence Alliance are opposed to the plan. The Liffey Valley Defence Alliance includes community councils, residents associations, amenity and environmental groups in west Dublin, from Islandbridge to Leixlip. Their chairperson Mary Eustace says that locals were unaware of the existence of the dump until July when the Council began working on the site.

Dublin County Council were not entirely upfront with their plans for the area either. At the launch of their 1983 draft development plan Waterstown was zoned as a high amenity area. No mention of the plan was made at that time because, says Connie Kiernan of the Palmerstown Residents Association,

We were told that the Council didn’t have to show the site for a dump on the plan, they weren’t required to do so. 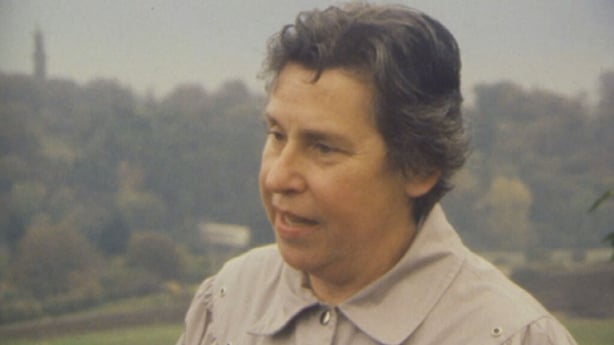 The dump will operate for a five year period only, and will be redeveloped into a public park after that time, according Larry Brassil, deputy chief engineer with Dublin City Council. He maintains the Council has nothing to hide.

We do not see the two uses as being at all incompatible.

The Liffey Valley Defence Alliance say they have no confidence in this guarantee however as dumping went on at Longmeadows in Chapelizod for thirty years, and eight years after its closure, the long-awaited landscaping has not materialised.

Plans to use Waterstown as a dump go back as far as 1976, but it is only recently that locals have opposed it, according to Dublin West Senator Brian Fleming, who is also a County Councillor.

He is one of a group of councillors who have requested that the Council stops its operations at the dump, and landscape the area, using what is known as a Section 4 Motion. The Council however say that this is not legally enforceable, and is seeking legal advice on the subject.

In the meantime opposition to the dump continues, and Lord Moyne, whose estate is across the river, has added his voice. A member of the Guinness family, their boathouse is now on loan to a canoeing club. If plans for the tiphead continue apace, he says, they will be,

Paddling up and down in their canoes under the shadow of a smoking stinking refuse dump.

Senator Brian Fleming believes that each part of Dublin County Council must take responsibility for their own waste disposal, as difficult as that may be to find a suitable location,

I can hardly think of one that’s less ideal than the Liffey valley.

The Liffey Valley Defence Alliance have called on the Minister for the Environment to intervene. Singer and songwriter Pete St John has also called for an intervention, in the form of a song,

The valley will be gone,
A wasteland on the Liffey,
The river made once more a sewer of life.

An RTÉ News report broadcast on 6 November 1984. The reporter is Alasdair Jackson.