A Belfast Corporation worker removes a bomb from a crowded bus.

In May 1974, the Ulster Workers’ Council responded to the Sunningdale power sharing agreement by calling a general strike against it. The loyalist strikers blocked roads and cut off essential services in Northern Ireland. 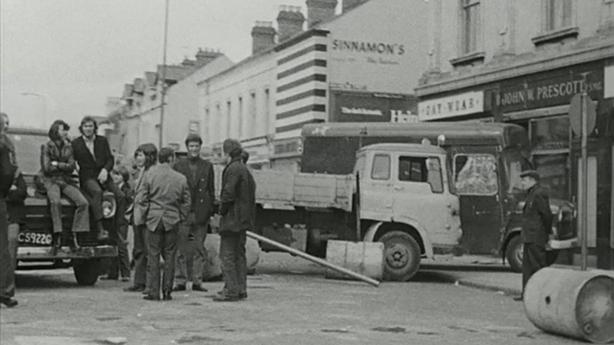 A Belfast Corporation employee working on a job noticed a conductor getting off a busy bus at the top of the road where a picket was being held.

He saw an object tied up with elastic bands and suspected it might be a bomb. The bus was full of women and children so he removed the suspicious item from the bus. Martin O’Neill the ganger of the job hit the object with a brick and they saw it contained loose wires and gelignite.

I think it was more or less an attempt to kill innocent people.

He cannot say exactly where the bomb was placed on the bus, but is sure,

If it had of went off in the bus it could have been a disaster.

An RTÉ News report broadcast on 21 May 1974. The beginning of the footage shown here is mute. 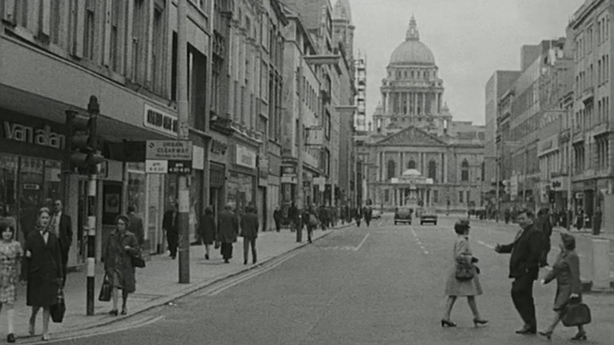