Mister Motivator dressed in his trademark colourful spandex outfit provides the encouragement to get everyone going.

Exercise is for everybody. 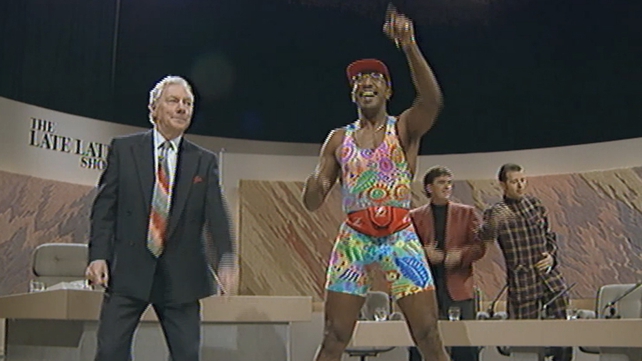 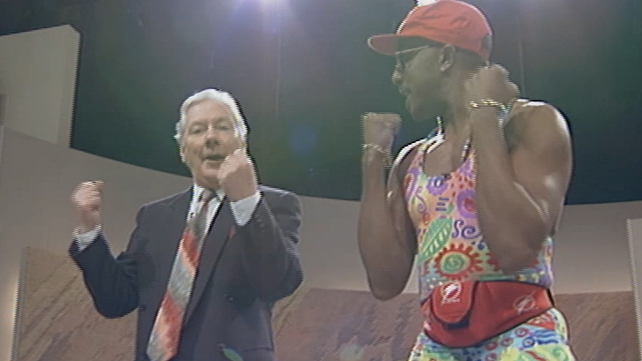 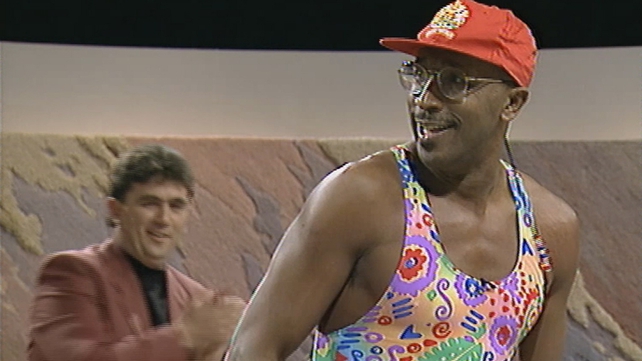 While Gay Byrne may feel a little breathless as he returns to his interview desk, Mister Motivator has only good things to say about him complimenting him on his youthful good looks which he puts down to the right attitude.

Do you feel good? Say yeah.

This episode of The Late Late Show was broadcast on 25 February 1994. The presenter is Gay Byrne.